10 customer experience stories - the good, the bad, and the reverse 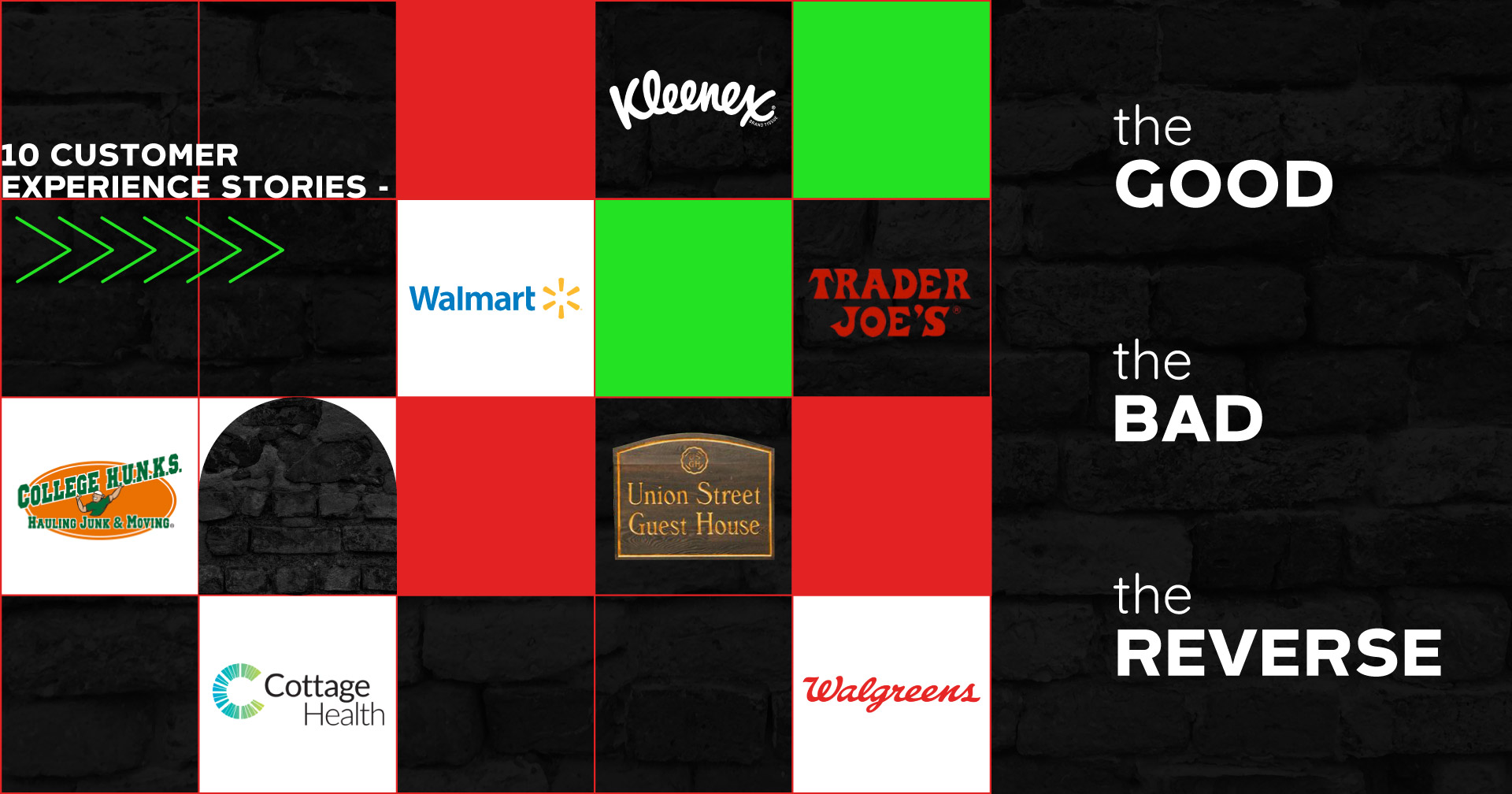 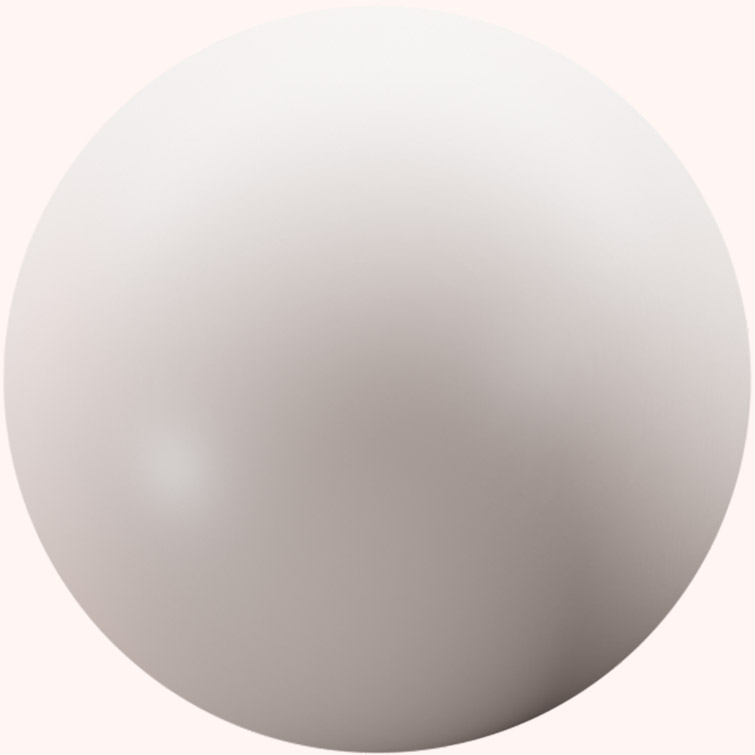 This blog post is all about customer experience. It will take you on a journey through different stories - good and bad - that inspire and teach. Rather interestingly, it will also show the reverse situation in each story (the bad ones) and its effect.

Although you run a business, you are a customer - in another context. And we all as customers wish to be taken care of by brands, to be protected, and felt that someone is there who is watching over our needs and desires. An Accenture report on millennial shoppers highlights the fact that the generation is always looking for a customer-centric shopping experience. They expect that brands know them and use the data to provide quick, convenient, and hyper-personalized experiences. And the brightest side of this for brands is that the report says that millennials are very loyal to brands that treat them right.

An average or ordinary customer experience is never remembered. It takes ‘over the top’ efforts to provide a memorable experience. And when it happens, your customer becomes a life-long advocate of your brand. And that’s the ultimate thing your business needs.

So, let’s take you on this journey that gives you the experience of how it is like to have the best and worst experience as a customer. After all, we all are human beings and emotions move us the most!

During a snowstorm, an 89-year old was trapped in his house. His daughter was afraid that her father would run out of food. So, she called several grocery stores in the area expecting to arrange delivery to her father’s home. But she failed...until she called Trader Joe’s. An employee at the store informed her that they don’t provide delivery service. However, in this case, they were happy to make an exception. While the daughter was placing the order, the employee suggested additional items that would fit her father’s restricted diet. When the order was complete, the employee said that the food reached the destination less than 30 minutes later.

Now this story is not about one customer but many. Kleenex, a household name most Americans are familiar with was once looking to engage with customers - in a unique and positive way. The brand determined to monitor Facebook to identify people that had a cold or were ‘under the weather.’ Soon Kleenex reached out to the family/friends of the sick people they identified. They asked them to help with a surprise. Within 2 hours of the posts made on Facebook, the unwell people received a Kleenex Kit that comprised get-well items. The best part is that all (100%) of the recipients posted about their experience on social media. This resulted in 650,000 impressions and 1,800 interactions with the brand.

Here is a heartwarming story that was captured on a doorbell camera. An 88-year old woman tripped and hit her head while wheeling her trashcan up her driveway. A sanitation worker saw this and ran to help her. The injury required stitches and the worker stayed by the woman’s side until the ambulance arrived. But this did not end here. Today, every week, the worker wheels the woman’s trash can up the driveway, walking together with her.

4. A life-saving service that goes ahead of the normal…

Jessica Chen was traveling to a wedding reception in the Santa Ynez Valley. An approaching limousine in the wrong lane caused a near-fatal collision on Highway 54. Jessica suffered a skull fracture and life-threatening brain damage and additional facial fractures and injuries, an ankle fracture, a spine fracture, and a bruised lung. She was taken to Santa Barbara Cottage Hospital’s Emergency Trauma Center through a helicopter where she underwent emergency surgery. Jessica spent 12 days in the Surgical Intensive Care Unit and then 5 days in a medical unit before transferring to Cottage Rehabilitation Hospital to continue her recovery. In her words, she said, “My experience at Cottage was very personal. All of my doctors and nurses really got to know me and really cared about me; that support really helped me heal faster.”

5. Serving as a human bench…

College Hunks Hauling Junk is a trash removal and typical moving company in North America. Cesar, a student at the Art Institute of Florida, works part-time at the company. As he was working a move in an assisted living facility, he got stuck in an elevator with an elderly woman. The woman told Cesar that she could not stand for a long time and needed to sit. So rather than letting her sit on the floor (which was dirty), Cesar bent his hand and knees to let her sit on his back until the elevator was fixed about 30 min later. Nick Friedman, the co-founder of the College Hunks said, “I thought this was a great example of old-fashioned customer service...Our company mission is to move the world, both literally and emotionally, and this is an example of our brand coming to life.”

6. Going the opposite way against negative feedback

Customer reviews are a critical part of brand reputation. Any good or bad review can significantly affect how your audience perceives your brand. Companies are usually afraid of negative reviews but if you handle them intending to improve your product or service, they can turn out to be important drivers of change.

However, The Union Street Guesthouse in New York went the wrong way to save their business from negative reviews. They attempted to scare their customers away from leaving bad reviews online by keeping a fine of $500. It was obvious that they suffered a quick and fierce backlash.

There were over 700 opposing reviews on their Yelp page - and they took another wrong move by deleting them. But the moral of the story is brands should learn to improve from the bad feedback.

Reverse - After receiving 700 opposing reviews on their Yelp page, the guesthouse could have recompensed for the prior mistake by not deleting the reviews. Instead, keeping the negative reviews and posting an apologetic response could’ve been a great way to handle the situation. This way customers understand that you’ve realized the mistake and are willing to change for good. Next time, if in case your brand makes such a mistake, just be brave enough NOT to commit the SECOND one.

Larina Helsom, a customer of Walgreens started experiencing unbearable pains in her chest. The pains turned so worse that she had to undergo surgery to stop the muscle spasms. Later, when Helson looked at her prescriptions, she realized that Walgreens had been giving her 50 mcg pills instead of the prescribed 5 mcg pills.

She had been taking 10 times more medication for months which caused the pain. When she reached out to be compensated for the blunder, Walgreens responded by saying that it was within a safe range of medication.

After advising Helsom to talk to a third party, they disregarded her calls completely. Although Walgreens told publicly that they would prevent such issues in the future, they didn’t give a wholehearted apology to Helsom. Neither did they compensate for the trouble.

Reverse - Rather saying that ‘the medications they provided were within a safe range,’ beginning with an apology could have been the best take. If they weren’t in the position to compensate, they would’ve apologized publicly - AT THE LEAST. Because the realization and a genuine apology matter very much.

A company policy is made to manage and regulate business plus ensure that customers get a consistent experience. However, sometimes such policies may become an obstacle for a customer which happened with Walmart. A customer made a notable complaint against the giant retail brand. Clark Howard found that a product was priced 35% higher than its online store.

When he asked an employee to match the cheaper price, the employee denied the request due to company policies. The worst part of the story lies in the fact that the retail store had a clear opportunity to provide and over the top customer service. Yet their decision resulted not just in an unsatisfied customer but also viral news that influenced thousands of others

Reverse - What if the retail store had agreed to Howard’s request? Perhaps, prioritizing customer need over their rules could have set a great example of a customer-centric brand. They would have built customer loyalty not through him but through THOUSANDS of others.

9. A doctor experiencing the patients’ experience

Well, this is actually a good story of a doctor who had a bad experience while he went through a phase of realization. A doctor wrote an article about his first time experience as a patient. He was hospitalized to undergo surgical treatment for a hernia. He never had such an experience before. “I have seen thousands of patients moaning and groaning in pain in my clinic experience, but I could only sympathize with their pain and suffering,” he states.

He could never empathize or identify completely the pain and distress they went through. Patients would request more and more pain medication as they could not tolerate the pain. However, the doctor says, “I had always thought that such patients were abusing pain medications unreasonable and unnecessarily.” But when he came into the same situation, he found himself doing the same thing.

He constantly used to press the button to call the nurse for additional pain medication as he couldn’t bear the pain after the surgery. The doctor writes that “it is the bad experiences that help a person better understand the complexities of life.”

Reverse - Let’s say the doctor mentally and emotionally feels the physical pain a patient goes through. If this is the situation, a patient gets the ideal support he is looking for during his tough times. For the doctor, he would have a long list of patients who love him and would always love to consult and get treated by him if a need occurs.

10. What would you call this? Ignorance or indifference?

A customer was at a Mexican restaurant and told the waitress that she was vegan and went through the menu. She ordered veggies chili which was served full of cheese. The customer apologetically told the waitress that the served dish wasn’t’ vegan. She rolled her eyes and snorted that this wasn’t mentioned while placing the order.

The waitress took the chili away and came back with what was obviously the same dish with the cheese spooned off. Tiny bits of melted cheese was still to be seen. This was an example of an unfriendly customer experience.

Reverse - Of course, this lady customer would never return to enjoy food in this restaurant. No matter how delicious their menu is. But after the waitress came with cheese-full of chili, she could’ve apologized and brought a newly placed order. However, in the first place, if she remembered that the customer said she was vegan, she could’ve set an example of caring customer service.

Whether good or bad, every experience influences not just one customer but thousands of other potential leads. When a brand gets an opportunity to provide an extraordinary experience, they should definitely grab them.

Or, if the brand falls in the wrong situation, you should know the best way out to make it up for any bad. This can be a chance to take your brand personality to the next level.

Hope this compilation was insightful :) 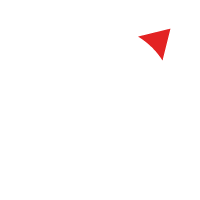